The point of this article is to “answer a fool according to his folly lest he be wise in his own eyes” and shed some light on what Postmillennial Theonomist Partial Preterists believe and how they hypocricically condemn Full Preterists for breaking the reformed creeds and yet their views (along with Premillennial ones on how the kingdom is to be manifested) are considered to be heretical and not truly reformed as well.  They believe they will have the right to execute anyone who will not turn to Christ (they will turn to the literal sword and not the sword of the Spirit).  Execution will not just be for the unbeliever, but for any Christian “heretic” that does not espouse their views on the “covenant” and how that is to be fleshed out within Theonomic Postmillennialism.  Men like Kenneth Gentry condemn Full Preterists and want other Pastors to place them under Church discipline for being rebels and not submitting to church authority, and yet he is not willing to submit to his own disciple or church authority when it best serves him – see below.

As some of you may know the Partial Preterist Postmillennial Reconstructionist view is that they are the ones who are “truly reformed” even though the majority reformed creedal position would condemn their views to be on par with “Jewish dreams” or myths on how the kingdom is and will be manifested.  Let’s briefly point out some of these “heretical” views according to reformed theology:

1)  They believe that the nations of the globe will be converted and embrace OT civil law.  This will require that all heretics (not just unrepentant unbelievers) will be put to death.  These “heretics” would include:

a.       Anyone who does not keep the seventh day Sabbath literally.

b.      Anyone who does not baptize their children (sorry Reformed Baptists or Baptists).

c.       And of course Full Preterists such as myself will be put to death in this imaginary kingdom “manifestation.”

2)  They believe the restoration prophecies in Isaiah (and parallel type passages in the OT) will be fulfilled gradually and literally such as:

a.       Lions will one day literally eat straw with the ox before the Second (third) Coming of Christ takes place.  They believe lion taming is “evidence” of this playing out currently.

b.      Children will be playing with (once deadly) snakes who apparently will lose their venom before the Second (third) Coming of Christ takes place.  I guess charismatic snake dancing and or snake charming is a sign that this too will one day take place.

c.       We will begin living to old ages of 900 years old before the Second (third) Coming of Christ takes place.  Modern day science and studies of the human gene is supposed to be evidence that these old age prophecies will one day literally be fulfilled.

This second point (a, b c) is known as their progressive literal “Return to Paradise” theory that planet earth will undergo before Christ’s Second (third) Coming takes place.  I have asked this group if this entails us exposing ourselves to be naked as Adam and Even did in the Postmillennial global progressive Paradise before Christ’s Second (third) Coming takes place, but I have never gotten an answer to that either.

On point #1 I have asked Gary North and clan if the Reconstructionst kingdom was “manifested” today would he (North) stone his own son-in-law Joel McDurmon who is not a Sabbatarian – and also have gotten no response.  Perhaps Joel will get a gracious pass and on this as he did when he “departed from the historic church” (North’s words) and took the parable of the wheat and tares as being fulfilled by the end of the Old Covenant age in AD 70?!?

We are hoping that they will release some practical video teachings on:

1.       “How to know it is the manifested kingdom time to be safe and to begin feeding your trained lion straw.”

2.       “How to know it is the manifested kingdom time to be safe and to let your children play with snakes.”

4.       “How to know when it is time to execute other “Reformed” heretics and classmates and feel good about it.”

On #3:  Apparently according to this police report of Mr. Gentry exposing himself to two different women, the great Dr. needs some teaching as to when it is safe to expose one’s self naked.[1]

If I were the great Dr. Gentry, I too would change denominations and be drawn to other pompous great Dr.’s such as Talbot who felt the need to create his own denomination.  These men talk a big talk about authority and submission in trying excommunicate Full Preterists who go into reformed churches, but Gentry has no problem fleeing church authority when it best serves him: 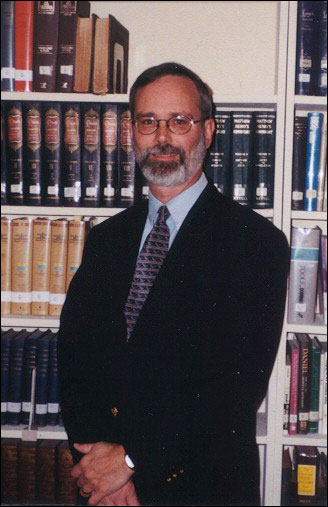 On December 12, 2001, Kenneth L. Gentry Jr. was arrested at his residence in Placentia, California, for committing two separate acts of indecent exposure, during routine physical exams (see police report below). On September 17, 2002, Kenneth L. Gentry pled guilty to one count of Indecent Exposure, which he committed on or about June 1, 2001. His plea reads as follows:

My plea of GUILTY or NO CONTEST is made with a full understanding of all the matters set forth in the Complaint and in this form, which I declare under penalty of perjury that I have read, understood, and that I have personally initialed each item herein. I further declare that everything on this form is true and correct and understand that the signing and filing of this form is Conclusive Evidence that I have pleaded guilty or nor contest to the charges set forth. . . .

Kenneth Gentry immediately moved from California to Maryland and joined the PCA (transferring from the OPC?), where he modified his story from “guilty” to “falsely accused by an overly sensitive nurse who was a rape victim.” After an investigation, however, the PCA suspended Gentry from office.

Gentry then moved to the Reformed Presbyterian Church (RPCGA), where he repeated the story about a nurse who had been raped. He apparently neglected to inform the RPCGA that he declared, “under penalty of perjury,” that his plea of guilt was “true and correct.” The RPCGA received him as an affiliate and he currently pastors Living Hope Fellowship.

Hopefully the RPCGA will place Gentry under discipline so that he may apply for membership in the CREC where he belongs.” (ibid.)


Currently the Reconstructionist movement is torn between North and Talbot when it comes to how the Church is going to win souls – either through Van Til or Gordon Clark apologetics or on what method to execute unbelievers and “heretics” (stoning or shooting their brains out).  I guess we will need to see which group emerges to execute the other and with what “godly” method.  In their minds even though they are a handful (literally), they seriously believe they are going to rule the planet and the kingdom will be “manifested/fulfilled” in the ways I have outlined.

The reformed creeds are correct to call them “heretics” and their views of kingdom manifestation upon the earth to be on par with “Jewish dreams.”  The naked truth for Gentry (who brings a new meaning to the phrase “The Emperor has no clothes on”)

and his small and heretical Postmillennial Reconstructionist group is that there is no exegetical or scientific validity to any of their fictional theology; while for the Full Preterist, we understand that we were clothed in AD 70 with God’s eternal heavenly house/world or righteousness (2 Cor. 5:1-3/Rev. 21:1-2ff./2 Pet. 3) and will never be found to be naked or ashamed.

[1] The Gentry Files, “Which I declare under penalty of perjury” http://thegentryfiles.blogspot.com/